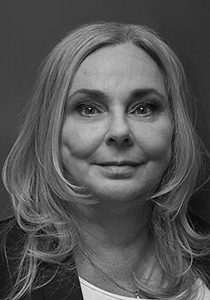 As an adolescent, Angela was a champion ring tennis player, loved handball and worked as a lifeguard. She completed business studies in her native Germany, then worked in the European hotel industry before returning to Germany to work for several large international companies. She completed her law degree at night school just before coming to Canada.

Throughout the years Angela has put her body and soul into Body & Soul. She is passionate about maintaining its reputation as Vancouver’s premier health and fitness centre and her decisions reflect her desire to ensure every one of Body & Soul’s services, staff members and the facility itself, are of the highest quality.

Outside the gym, Angela’s life revolves around her family, which includes her husband, three children, three grandchildren and Bernese Mountain dog.